A Lesson in “External” Leadership from Mister Rogers’ Neighborhood 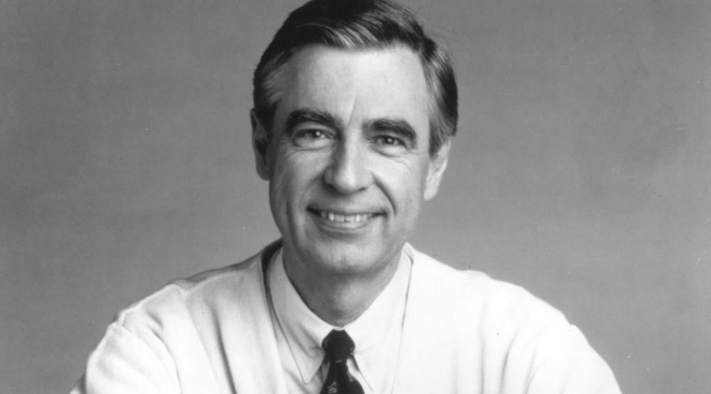 A Lesson in “External” Leadership from Mister Rogers’ Neighborhood

“Are there any leadership lessons that I can learn from a children’s television host?” The question came to mind while listening to a podcast highlighting the anniversary of the first episode of “Mister Rogers’ Neighborhood.” Fifty years ago last month, February 19, 1968 to be exact, marked the date of the first nationally broadcast episode of Mister Rogers’ Neighborhood on public television.

Listening to the podcast, which included an interview with Fred Rogers from 1984, stirred that question in my mind. Since I coach leaders at all organizational levels as a profession, it was a question that I certainly wanted to answer, especially if it could help my clients and colleagues.

I started by doing a little internet research into Fred Rogers since it had been quite a long time since I had seen his program. That search revealed a number of salient articles capturing a facet of what Mister Rogers meant to each author.

Eric Woods focused on the “pace, tone, and routine” of the program as a powerful lesson. Jone Bosworth went to the trouble of developing “15 Lessons for Leaders” from her experience with Rogers (http://www.incourageleading.com/leadership-guidance-from-the-worlds-nicest-grown-up/).  I won’t list them here, but I was struck by the similarity between her list and that of W. Edward Deming’s 14 Points for Management, albeit from a slightly different perspective (https://deming.org/explore/fourteen-points). Others share their powerful and unique perspectives as well. Reading all those collective thoughts reminded me of some of my own lessons learned, starting from kindergarten days when I was first taught about the best way to treat other human beings.

So what were the leadership lessons from Mr. Rogers’ Neighborhood?

The answer can be boiled down to a simple idea. Fred Rogers practiced a type of leadership that, for me, was “externally” focused – meaning that his focus was completely on the people around him and how he could make their lives better. The purpose of his words and actions seemed to be all in service to and concerned with the experience of the person watching his program. It seemed like he was completely ‘in the moment’ with how a person was feeling at any given time as if he understood that if a person’s heart and mind were right that the hands could and would follow.

Rogers, more than anything, appeared to care about how he impacted the people who watched his show, which aired for 31 years on PBS. When asked about the success of his television show, his response was:

Starting with the word “kindness,” every word and deed from Mr. Rogers appears to be for the sole purpose of making those around him more effective.

By contrast, compare this idea to a leadership style that is “internally” focused and acts solely to influence others as a way to advance their own message with little or no consideration of service to, the impact upon, or the needs of those they lead.

“Internal” leadership might describe a leader whose focus is more on themselves rather than those around them. This type of leadership could be characterized by words and deeds that are designed to shine a favorable light on themselves, to further their own ideas with their own agenda. It is internal because it is behavior that is more about the leader than the follower.

Internally motivated leaders might demonstrate behaviors that look a lot like showing strength, offering clear direction, exuding personal confidence, the purpose of mission, results or proactive orientation, personal drive, charisma, etc. Most (if not all) of these attributes are very consistent with our modern definition of the very essence of effective leadership.

You might say that the impact of the external leadership demonstrated by Fred Rogers could be more representative of an opposite approach, characterized by a slower, deliberate pace, a sense of humility and service with purposefully low energy. Not necessarily what we commonly associate with modern effective leadership mantra. Or is it?

Look to the work of Jim Collins in his book “Good To Great” for some insight into effective leadership. His work is the best example for me of the power of external leadership, outside of Fred Rogers. Collins’ own definition of a Level 5 Executive is “Builds enduring greatness through a paradoxical blend of personal humility and professional will.” If effective leadership is about realizing sustainable results, then external leadership is about creating an environment that puts people first so they can make that happen.

It’s fair to ask how being a kind and external leader can produce sustainable results. Ask then, “In what environments do humans perform sustainably?” The answer might include the creation of stable, firm social ground on which they can stand. It could include the ability to gain emotionally safe traction, to enable them to reach deep inside to find the best version of themselves to produce results beyond even their own expectations.

The effective external leader, like Mr. Rogers, excels in creating that firm social and emotional ground which begins, in this case, with a demonstration of kindness. In that environment, people thrive. When they thrive, they stick around and do amazing, sustainable work. They are returning the investment of patience and respect and rewarding the unwavering leadership belief that people should be the focus of any worthy effort, as modeled by an effective external leader.

For more on the notion of external leadership, contact Dave Cain of Cain Consulting LLC.